Dr. Pedro Ferreira Lopes, dentist since 1998, with extensive experience in advanced oral rehabilitation. In the same year, 1998, he finished his master’s degree in Implantology at the ITI (International Team for Oral Implantology) given in Madrid and Boston. Since that date he has taken dozens of courses and training in a relentless pursuit of excellence in dentistry..

In the same year he finishes the course, he is invited to teach in Fixed and Removable Prosthodontics and in the following year to teach Surgery at the Instituto Superior de Ciências da Saúde..

In 2008 he was invited for the first time to do four makeovers on the TVI show As Tardes da Júlia, including collaborations on all major TV channels such as RTP1, RTP2, CMTV, SIC Internacional and SIC, the latter being where had its own weekly content called Querido Dentist in the mornings of SIC.

Being an advocate of social responsibility this was a good way to help those who needed it most and to show what is best in dentistry today. Also invited by Information from SIC Notícias and RTP1 to contribute to current issues.

Assiduous contributor over the past 15 years to several magazines with articles and opinion columns. The multifaceted dentist has already dressed in the skin of a writer and in December 2013 he launched his first children’s book “The Adventures of Captain Dentinho – The Mystery of the Missing Brush” which he dedicated to his children Emily and Thomas.

In 2010 Dr. Pedro Ferreira Lopes decided to embrace a new project and opened his own clinic in Lisbon, Prime Clinic, which a few years later would be renamed Prime Dental Clinic, a name that it maintains to this day. He is the dentist of numerous national and international public figures and his clinic is sought after by patients from all over the world.

In his vast clinical experience, he excels in professionalism, excellence in his work, friendliness and total availability to his patients.

See before and after treatments at our clinic. 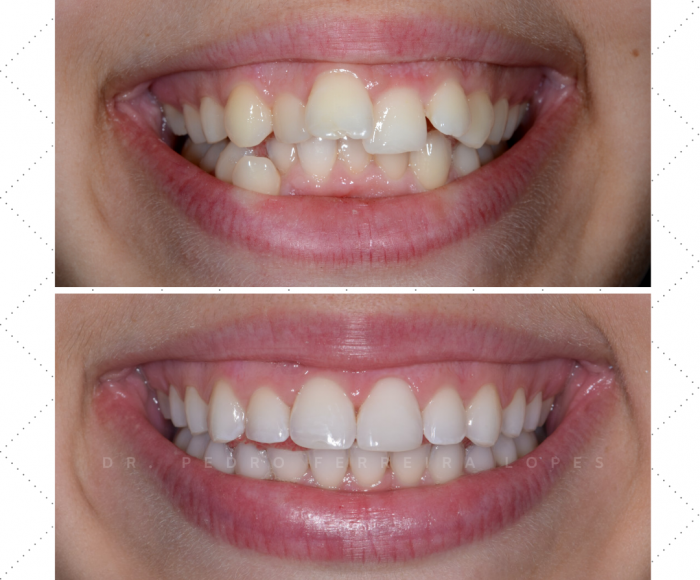 Fill out our form and we will contact you in order to resolve any questions you may have or make an appointment with our reception team.